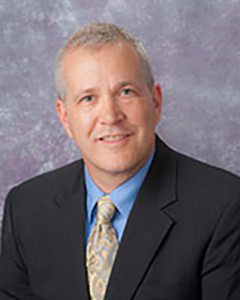 Thomas Grau, MD, FACP is an Associate Professor of Medicine at the University of Pittsburgh School of Medicine. He is Board Certified in Internal Medicine and a practicing General Internist.

Dr. Grau completed his undergraduate studies at Muhlenberg College and his medical degree at Rutgers- Robert Wood Johnson Medical School on an Air Force Health Professions Scholarship. He completed his residency in Internal Medicine at Presbyterian-University of Pennsylvania Hospital, staying an additional year to serve as Chief Medical Resident. Dr. Grau spent 22 years as an active duty Air Force Physician, retiring in 2012 at the rank of Colonel. During his Air Force career, Dr. Grau was actively involved in medical education. He served as the Uniformed Services University of the Health Sciences Internal Medicine clerkship site director at Wilford Hall Medical Center. He then was the Internal Medicine Residency Program Director at Wilford Hall.

In 2007, Dr. Grau was deployed to Balad, Iraq where he served as the Chief of the Medical Staff for the 332nd Expeditionary Medical Group, Dr. Grau finished his Air Force career as the Chief of Air Force Physician Education, overseeing 53 graduate medical education programs at eight Air Force bases.

Dr. Grau came to the University of Pittsburgh in 2012 to serve as Associate Program Director of the UPMC Internal Medicine from 2012 to 2019. Since 2019, he has served as the Associate Chief of Staff for Education and Innovative Learning at VA Pittsburgh Healthcare System (VAPHS). In this role, he oversees all educational activities for VAPHS, including healthcare education, staff development, and medical library services. His office also runs a state-of-the-art simulation center. His interests include medical consultation and faculty development. He is currently enrolled in the EdD program at the University of Pittsburgh with a concentration in Higher Education Management.

Dr. Grau has been actively involved in the ACP throughout his career. He is a former Laureate of the Air Force ACP chapter and served as Governor of the Western Pennsylvania ACP region from 2016 to 2020.