Governor to move all of PA to yellow June 5
Governor Wolf was expected to announce movement of at least another eight counties to yellow effective May 29, according to his staff.   Those counties are reported to include Dauphin, Franklin, Huntingdon, Lebanon, Luzerne, Monroe, Pike and Schuylkill Counties.  He said he expected the rest of the state to move into the yellow phase by June 5.

In a 4 pm announcement, the Governor said his stay at home orders had saved lives, and that in the last two weeks, the hospitalizations, ventilator use, and new positive cases had decreased on a sustained basis, while other states have seen increases.  He said that ability to detect new cases, lab tests, testing at 300 locations, a ramped up response team, supplies and capacity had increased, which would allow the state to handle a fall resurgence, and that every resident in the commonwealth could live in less fear.

While Republicans in the General Assembly have for months pressured the administration to reopen parts of the economy more quickly, Democrats in southeastern Pennsylvania have also over the past week have increased pressure on the Governor to consider ways their counties could move to the yellow phase.

Other officials have pressured the administration to change its reopening metrics and count coronavirus cases in long-term care facilities as separate from other confirmed cases. Delaware County Council Chairman Brian Zidek said this week that, “Harrisburg, I think, is listening.”

PA COVID-19 DATA UPDATE
On Friday, the Department of Health reported that Pennsylvania had reported 980 new confirmed positive cases in the previous 24 hours, for a total of 66,258 confirmed cases.

The death total rose to 4,984 confirmed COVID-19 deaths, an increase of 115 from  Thursday’s report, in 53 of the state’s 67 counties.  For the first time, the data reports 57% of these patients as “recovered” at least 30 days since last symptoms. 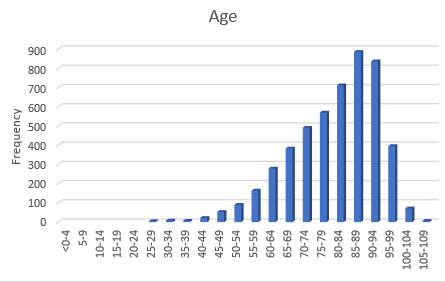 HHS releases $238 million to PA nursing facilities impacted by COVID-19
The US Department of Health and Human Services announced that it has begun distributing 587 payments totaling $237,982,500 to skilled nursing facilities in Pennsylvania to help them combat the effects of the pandemic.  This funding supplements the previously announced provider relief funds and is intended to be used to support these facilities suffering from significant expenses or lost revenue attributable to COVID-19.  It comes from the CARES Act Provider Relief Fund.

The COVID-19 pandemic has impacted the viability of SNFs in a variety of ways. Since the beginning of 2020, SNFs have experienced up to a 6 percent decline in their patient population as current and potential residents choose other care settings, or as current residents pass away. In addition to nursing home residents, many SNF employees have also been diagnosed with COVID-19. These additional funds may help nursing homes address critical needs such as labor, scaling up their testing capacity, acquiring personal protective equipment and a range of other expenses directly linked to this pandemic.

Number reporting changed, but not sure when
Pa. changed the way it reports negative COVID-19 tests. But officials can’t say when it began or how many tests are affected.  Pennsylvania finally appeared to break a lengthy slump in its COVID-19 testing efforts this week, when it reported more new test results per day than at any other point in the pandemic.  But since state officials changed the way they’re reporting testing data, an unknown number of Pennsylvania’s 300,000 negative results come from a testing method that experts say is unreliable.

A Department of Health spokesman confirmed to the Capital-Star Thursday that the agency has been lumping data from two different types of COVID-19 tests into its daily public reports: diagnostic tests, which determine whether or not a patient is infected with COVID-19; and antibody tests, which can assess, with limited accuracy, whether or not someone may have been infected in the past.

The practice was first reported by The Atlantic magazine on Thursday morning. It defies the advice of public health experts, who say that antibody tests – also known as serological tests – are still too unreliable to inform the state’s public health response to COVID-19.

But the influx of serological testing data makes it hard to judge whether the state is meeting the goal it set in its statewide reopening plan, which is to administer 8,500 COVID-19 tests per day.

Pennsylvania appeared to hit that goal three times in the last week. But experts like Du were under the impression that the benchmark was based on diagnostic tests.

Evaluating the state’s testing strategy is much more difficult when its negative test results – which account for the vast majority of the data Pennsylvania reports each day – include an unknown number of results from unreliable, non-diagnostic tests.

The reporting practice also appears to contradict the state’s official testing plan, which as of Thursday says serological testing is not yet widespread in Pennsylvania since officials are still reviewing available models.

Gov. Tom Wolf told reporters on an April 23 conference call that there were “problems” with the speed and reliability of available antibody tests.

On April 21, Wolf said that officials at a state-run lab in Exton, Pa. were still evaluating serological tests “to make sure that they actually do what they are intended to do. But so far, the jury’s out.”

According to Wardle, that evaluation is still ongoing.
Scroll To Top