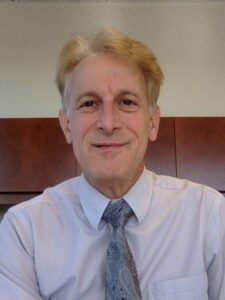 John Zurlo, MD is The W. Paul and Ida Havens Professor and Director of the Division of Infectious Diseases at Thomas Jefferson University. He attended Regis High School in New York City, received his BS in Biology and Latin at Manhattan College, and received his MD degree from Albany Medical College in Albany, NY. He completed his internal medicine residency training at SUNY Health Science Center at Syracuse. He then completed a fellowship in Infectious Diseases at NIAID under Drs. Anthony Fauci and Clifford Lane focusing on HIV clinical investigation. He is a member of Phi Beta Kappa and Alpha Omega Alpha.

Dr. Zurlo began his career at Hershey Medical Center in 1990 where he took over as the Director of the HIV/AIDS program. He was tenured and promoted to full Professor in 2002. Beginning in 2000 he became the Project Director for the Hershey Medical Center Ryan White Care Act Part C program grant which was continually funded during his tenure. He is widely published, mostly in the fields of clinical and epidemiological aspects of HIV infection. His most recent grant funding (HRSA Special Projects of National Significance) for which he is the PI is focused on utilizing social media as a means of improving engagement in the HIV care continuum for HIV-infected youth and young adults.
Dr. Zurlo arrived at Jefferson as ID Chief in July 2018. In addition to his administrative and research activities, Dr. Zurlo is an active infectious diseases clinician and attends on the infectious diseases consult service. He established a formalized outpatient parenteral antibiotic program (OPAT) upon his arrival at Jefferson. He has servied on the IDSA Guidelines Committee and is an author of two sections of the recently published on-line OPAT eHandbook. He was Program Director for the Infectious Diseases Training Program from 2004 to 2018 and served on the IDSA Training Program Director’s Committee from 2008-10 and was Chairman of the Committee from 2009-10. He has received multiple teaching awards over the years including most recently the Dept. of Medicine Education Recognition Award (2014-15 and 2016-17) and the Dean’s Award for Excellence in Teaching (2015 and 2017). He was inducted into the Gold Humanism Honor Society in 1998.
Beginning with the COVID-19 pandemic, Dr. Zurlo has served as the Chair of the Jefferson Enterprise COVID-19 Task Force and has guided the Enterprise on issues related to testing, isolation, treatment and is now actively preparing for the arrival of the first COVID-19 vaccines.