Major changes are coming to the Medicaid physical health plans available across the state beginning September 1, 2022. There are important action steps nearly 500,000 Medicaid consumer need to take by August 16th in order to ensure continued access to health services.  Help educate your MA patients of these changes as soon as possible.

Approximately half a million Medicaid consumers will need to choose a new plan because their current health plan will no longer operate after September 1. Here is a breakdown of the major plan changes coming September 1: 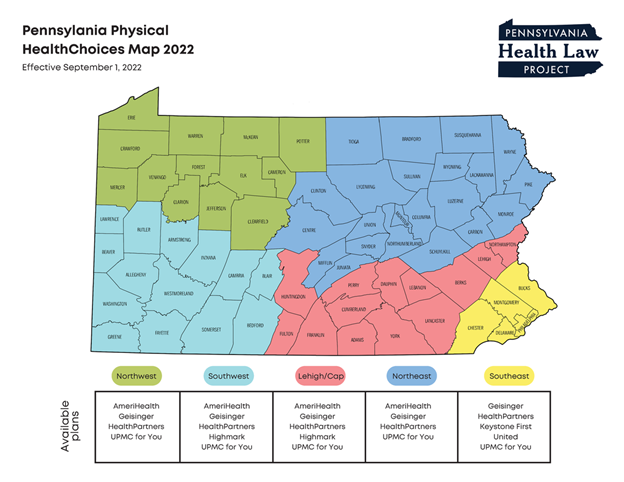 June 22 is the first day individuals can contact PA Enrollment Services to enroll into a plan to be effective September 1. This consumer choice period will end on August 16. After that, there will be an auto-assignment period beginning on August 17, where anyone who had to change plans but did not actively select a new one will be auto-assigned to one, and their coverage will begin on September 1. Some people will not need to choose a new plan, and may decide to stay with their current plan, as long as it is still available after September 1.

Through July 7, mailings explaining the new plan choices will go out to all Medicaid consumers. Mailings will be sent to both those who are impacted and must change plans because their current plan is going away, and those who are not impacted but may change plans if they wish. The mailing will contain a letter explain whether the consumer must or simply may choose a new plan, a plan comparison chart showing the plans that will be available in the consumer's zone of the state beginning September 1, and instructions for how to change plans.